Sep 26. SciLit Week: Dr. Ussif Rashid Sumaila is saving the world’s oceans one fish at a time. The Ubyssey.

Sep 1. Long fishery closure ahead? Fraser sockeye fishery could be shut down for years. Castanet.

August 06. Impact of climate change on tropical fisheries would create ripples across the world. Science Daily.

July 31. Plastic Flow Into Ocean Expected to Triple by 2040, But Action Could Stem Tide More Than 80%. Sci Tech Daily.

July 30. Under the sea: What coronavirus is doing to the world’s marine mammals. Global News.

July 06. Climate impacts on tropical fisheries may ripple across the globe. Earth.com.

June 9. What will it take to save the ocean from unrelenting human harm? Maclean’s.

Feb 13 2020; Kicker: Dumping drugs in the garbage hurts more than just the environment.

Fall 2019: UBC Trek: Fish banks: the key to a sustainable world fishery may well lie in our ability to monetize conservation.

December 9. The oceans are losing oxygen at an unprecedented clip. The Hill.

November 30: Fredericksburg.com: A crisis in the water is decimating this once-booming fishing town.

November 27: SF Gate: A crisis in the water is decimating this once-booming fishing town.

November 27: Washington Post: A crisis in the water is decimating this once-booming fishing town.

October 15: Science Daily: Achieving a safe and just future for the ocean economy.

October 14: UBC Institute for the Oceans and Fisheries News: Achieving a safe and just future for the ocean economy.

October 9: National Geographic: The sea is running out of fish, despite nations’ pledges to stop it.

May 29: Trade for Development News: Fisheries subsidies negotiations: what is at stake for least developed countries?​

May 1: Innovation UBC: ​Co-creating a shared vision for Canada’s oceans.

Nov 19: Sightline Institute: Apparently no one knows how much an oil spill on Salish Sea would cost.

Sep 10: The Atlantic: Wait, so how much of the ocean is actually fished?​

Sep 6: Vue Weekly: Fishing on the open ocean is rarely profitable, and comes with a huge list of environmental issues.

Sep 3: The Pioneer: High seas need to get fishy again.

Sep 2: Cyprus Mail: The rule of law on the high seas.

Aug 29: Merritt Herald: Establishing the rules on the high seas.

Aug 28: Japan Times: How the U.N. should regulate high-seas fishing.

Jun 6: The Star Vancouver: More than half of industrial fisheries aren’t turning a profit: study.

May 23: Safety4Sea: Nine ocean leaders urge for an end to EU overfishing.

May 23: Recycling Product News: Ocean Summit sponsored by the Volvo Group spotlights the problem of plastic in the world’s oceans.

May 18: National Post. It pays to invest in biodiversity.

May 17: The Conversation: It pays to invest in biodiversity.

May 14: Reuters: Insurance turns to coral reefs and mangroves as ocean risks surge.

May 3: Re.Think: Should nations close the high seas to fishing?​

Dec 24: National Geographic: The UN starts a conservation treaty for the high seas.

Nov 28: Kungl. Hovstaterna: Kronprinsessan vid The Global Ocean and the Future of Humanity.

July 26: Sea Around Us: http://www.seaaroundus.org/west-african-fisheries-workshop-fisheries-economics/​

April 15: http://www.theglobeandmail.com/news/british-columbia/crab-and-prawn-fishing-banned-in-burrard-inlet-in-wake-of-fuel-spill/article23981503/. The Globe and Mail.

April 9: http://www.theglobeandmail.com/news/british-columbia/crews-work-to-contain-fuel-spill-in-vancouvers-english-bay/article23856287/. The Globe and Mail (with Dana Miller, my postdoc).

December 3: The commercial seal hunt is showing signs that the end is near. Vancouver Sun.

May 31: Why Sharks Generate More Money Alive Than Dead. LiveScience.

May 23: Pros and cons of pipeline expansion in BC. CKNW, The Bill Good Show.

May 23: What Norway did with its oil and we didn’t. The Globe and Mail.

November 26: Could rebuilding global fisheries save hundreds of billions of dollars? Mongabay.

October 29: Africa said to be losing one million tons of fish every year. Spy Ghana.

October 29: Africa said to be losing one million tons of fish every year. Ghana Business News.

October 25: Africa Loses One Million Tonnes of Fish Yearly Due to Illegal Fishing. All Africa.

June 20: On the Rio+20 conference and Canada’s place in the world environmental movement. CBC Radio – The Early Edition.

April 16: Waking up countries to the state of the planet. GMA News.

April 5: Impacts of climate change on the value from our oceans. CHQR – Dave Rutherford.

April 3: How coral bleaching could lead to famine. Scientific American.

March 21: Fish habitat – why rock the boat? Globe and Mail.

January 29: Prince of Wales launches fight to save overexploited oceans from overfishing. The Telegraph.

September 21: The Sahara beneath the waves. Globe and Mail.

August 4: Our tuna have many friends. Islands Business.

May 1: Global fish supplies ‘will disappear in four decades.’ The National.

February 18: The End of the Line: How a film changed the way we eat fish. The Ecologist.

January 19: Response to “Food security implications of global marine catch losses due to overfishing. J. Emmett Duffy on Faculty of 1000.

September 16: World Is Paying A High Price in Money and Health Because of Overfishing. aboutmyplanet.com.

September 16: The Cost of Overfishing? $36 Billion a Year and Counting. TakePart.com.

June 21: No one eats whales. Why does anyone kill them? The Big Money.

May 31: Can we really put a price tag on nature? The Guardian.

March 9: The End of the Line screening in Malta. Charles Clover’s Blog.

March 8: Is Malta’s ‘pot of gold’ about to run out? Times of Malta, Malta.

November 30: Canada looks at soy as source of Omega-3s. CBA.ca.

March 16: Quoted by the Canadian Broadcasting Corporation (CBC): "If this high demand for fish continues, given the limited supplies, we are pushing the envelope and that can lead to problems in the near future for us and also for our children and grandchildren." CBC coverage of the paper co-authored by Jenkins, Sievenpiper, Pauly, Sumaila, Kendall, and Mowat is just one of eighty-three news agencies to report on the story.

​Explaining the importance of the ocean to humanity in video. Appeared in a video with several notable celebrities including Leonardo Dicaprio and Prince Charles.

Appeared two times on CBC News program regarding a co-authored paper on Omega 3 and fisheries conservation.

December 10: 10 Solutions to Save the Ocean. Conservation Magazine.

April 3: We are fishing our oceans to death. Globe and Mail, Canada.

March 3: WTO weighs if EI for fishermen is an unfair subsidy​. Globe and Mail.​

February 5: 5 Ocean Research Breakthroughs on the Horizon. The Daily Green.

January 21: Until All the Fish Are Gone. New York Times.

Appeared in documentary film The End of the Line: Imagine a World Without Fish. Directed by Rupert Murray.

Featured by the Knowledge Network in The Leading Edge segment “A Subsidized Collapse”.

March 9: Half of Hong Kong fishers may be willing to switch livelihoods if they receive appropriate compensation (in Chinese). Ta Kung Pao, Hong Kong.

March 9: Hong Kong Fisheries has negative effect for divers (in Chinese). The Sun.

February 20: Call to halt fleet subsidies to save deep sea fish. The Guardian.

February 19: Our Opinion: Deep-sea fish are on the line. Santa Barbara Times.

May 1: Broadcast of CBC mini-documentary “On the Island”.

May 5: Economic report looks at BC sablefish farming; Claims its 'unlikely to boost economy' in province. Seafood Intelligence.

May 5: Study says farmed sablefish not economically, ecologically viable in B. C. Intrafish.

May 5: Economists give thumbs down to black cod farming in B.C. Laine Welch of the Fish Radio. 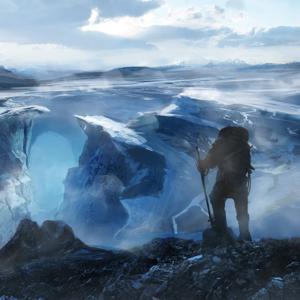